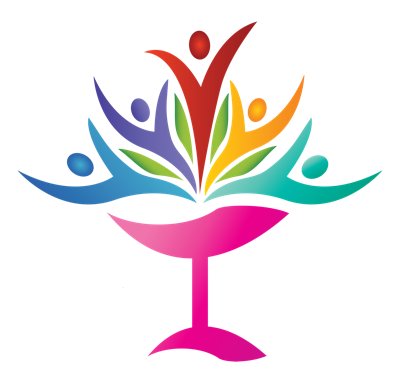 In late 2018 Larry Larson, a member of the Humanists of Birmingham Unitarian Church, asked me to present my core values. Here is the text of my presentation, which I delivered on 2019-05-31.

I’d like to thank the Humanists of BUC for inviting me to share my core values with you this afternoon.

I was raised Catholic, and stopped attending the Catholic church when I went to college. I discovered Unitarian Universalism in my early 20’s and attended May Memorial Unitarian Universalist Society in Syracuse New York for several years before moving to Southeast Michigan and joining Birmingham Unitarian Church.

I consider myself an agnostic. Although I tend to view the world from a rational and scientific perspective, I am open to the idea of a divine presence in the universe, a creative force. There appears to be intelligence at the sub-cellular level, and the evolution of cellular life is difficult to explain.

Since young adulthood I have been strongly influenced by the work of Alfred Korzybski, who developed the system of General Semantics in the first half of the 20th century. He is best known his phrase “the map is not the territory”. Korzybski’s main works are Manhood of Humanity, written in 1921, and Science and Sanity, written in 1933.

General Semantics has given me a way to understand what it means to be human, and a better understanding of the role of language.

One way to categorize living things is based on functional differences. Plants are chemistry-binders because they can store energy chemically. Animals are space-binders. Like plants, animals store energy chemically, but what distinguishes them from plants is their ability to move in and be aware of the space they inhabit. Humans are time-binders. What distinguishes humans from plants and animals is that humans store and pass on knowledge and experience; each generation of humans can begin where the last one left off.

Historically many have known that humans are different in some way from animals, but without the understanding of time-binding, they attributed this difference to a soul. They thought of humans as animals but with an extra spiritual component. The concept of time-binding explains the difference between animals and humans without introducing the idea of a soul.

What are the implications of time-binding from a spiritual perspective?

If I see myself as an animal, as a space-binder, I might act in a short-term territorial fashion, with a narrow sense of self-interest. If on the other hand I think of myself as a time-binder, then I see my actions building on the work of past generations, and contributing to the welfare of the present and future generations. My actions are part of a broader context, larger than myself, and it is natural to act with an expanded sense of self-interest. Given this understanding of what it means to be human, my ethics arise naturally.

Our nervous systems allow us to abstract indefinitely. The lower levels of abstraction are non-verbal, including sensations and feelings. The higher levels of abstraction involve language. Abstracting means to focus on similarities and ignore and leave out differences. For example, the word “chair” ignores the differences between chairs and focus on the similarities between them. The word “furniture” is more abstract, leaving out more details.

Similarly, my knowledge is like a map, consisting of abstractions. If I am aware of this process of creating maps, of abstracting, then I can correct my maps when I receive new information. This is a key part of the scientific method. The map is not the territory.

Here are several examples of updating maps to make them more accurate and complete:

The words “male” and “female” imply there are two genders. Gender is more complex and cannot be accurately described using binary terms.

The words “liberal” and “conservative” imply that a single left-right dimension describes the political territory. However, my political philosophy does not fall on the left-right political spectrum.

The words “mind” and “body” suggest separate things. It is more accurate to talk about the “mind-body” system. Or even better, the “organism-as-a-whole-in-an-environment”.

Changing the language I use can have profound effects. Through my study of Nonviolent Communication I’ve learned to describe situations in terms of universal needs and values instead of judgements. As a result I am more empathetic and better able to connect with people.

Another core value I hold relates to several UU principles. I believe that interactions between people should be voluntary, that is, by mutual consent. This allows a spontaneous order to emerge as the result of these decentralized, voluntary interactions.

Today, however, many interactions in our society are not voluntary. Consider the actions of government. Which of those actions involve mutual consent, and which do not? I’ll leave that question with you to think about.

I will close with the 57th chapter of the Tao Te Ching.

States are governed by justice.
Wars are waged by violations.
The world is mastered by nonintervention.

— Chapter 57 of the Tao Te Ching, from the English version by Sanderson Beck

The Institute of General Semantics. (n.d.). Retrieved from https://www.generalsemantics.org/