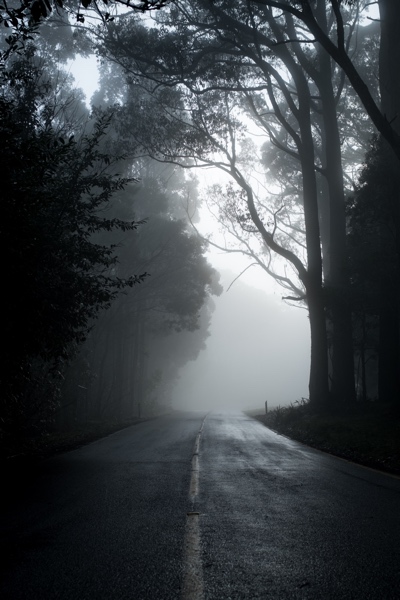 Photo by Michael Mouritz on Unsplash

The Crisis: The Starting Gun

This is part two in a series of articles recounting my experiences during the COVID-19 pandemic. (The first article was The Crisis: A Warning.) The audio version of this article is available on Phase Shift, my podcast.

Several years ago I visited the John F. Kennedy Presidential Library and Museum in Boston and watched a short film about JFK’s presidency. The film included information about the Cuban missile crisis and showed empty grocery store shelves, the result of panic buying. The same behavior occurs when a large storm is forecast; many people are under-prepared and rush to purchase supplies.

In February 2020 I realized that people might panic when COVID-19 cases were reported nearby. The panic could be worse than the disease itself. I wanted to get ahead of that rush, so I created a spreadsheet of non-perishable food and other items to purchase. I planned for 2,000 calories per day, including foods to provide a balance of protein, carbohydrates and fats. I bought some items online, and made two trips to Costco.

During my first trip to Costco, I picked up a 50-pound bag of rice. I reconsidered and decided to buy two 20-pound bags instead, each of a different variety. As I was returning the 50-pound bag to the shelf, I commented to another shopper “That’s a lot of rice.” He agreed and asked if I was running a restaurant. I answered no, and said that I would store the rice. I wonder if he later thought back to our brief conversation. 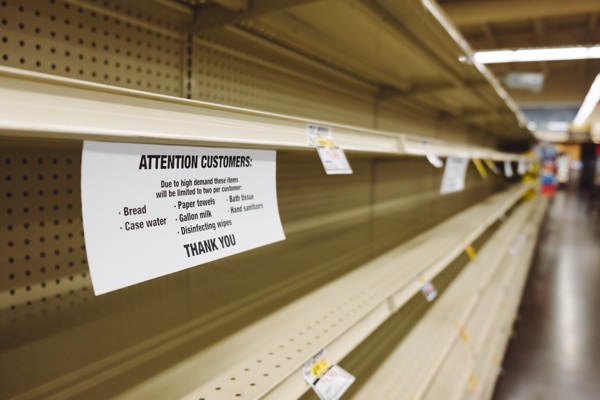 Photo by Wesley Tingey on Unsplash

Although I was a bit ahead of the curve, I felt rushed and anxious. I’m reminded of the song Time by Pink Floyd. It describes being complacent, then suddenly realizing that the race started years ago. The days rush by too quickly to get caught up.

For no rational reason, there was a run on toilet paper in early March. Some people bought enough to last for a year or more. I doubt these people had a comparable amount of food on hand. Maybe they associated the end of civilization with the absence of toilet paper, and having toilet paper provided a sense of security.

As I mentioned in the first article in this series, I had studied preparedness and had a good idea of what to acquire. Preparedness is largely mental; it involves evaluating different scenarios, weighing their likelihood, and prioritizing what actions to take. Most people have not done this, and I’m not surprised some people acted irrationally during this crisis. 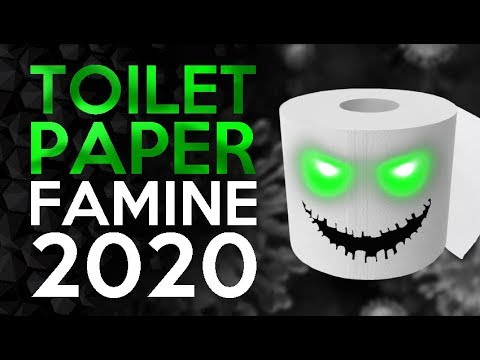 During this time my responsibilities as president of my church increased dramatically. Instead of meeting monthly, the board of trustees began meeting weekly. The minister, staff and lay leaders stepped up and adapted to the quickly changing conditions. Our minister conducted worship services online. Due to lost income, the church had to reduce staff hours, but obtained a Paycheck Protection Program loan and restored those hours. We figured out how to hold our annual elections and annual meeting electronically.

Online for worship can’t compare to in-person worship, but we discovered several advantages. Some people who had not been attending for various reasons began attending. This included past members who had left the area. During the social hour after the service, we were randomly assigned to breakout rooms, which encouraged discussion and new social connections.

I experienced a lot of uncertainty and stress during February and March of 2020. Each day new information emerged regarding the virus. I felt pulled in conflicting directions and experienced decision fatigue and decision avoidance. I had plenty of time each day but ran out of energy to think.

On March 19 my office closed and I began working from home. On March 23 the governor of Michigan issued a stay-at-home order. Trips to essential businesses such as grocery stores and pharmacies were allowed, but most social gatherings were prohibited.

By April I was experiencing less stress and felt greater stability. Even though the future was uncertain, I felt I had landed.

In the next article in this series, I will relate my experiences during this period of lockdown.