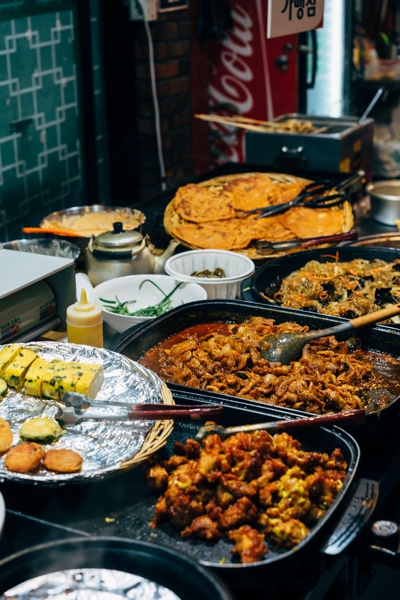 Photo by Markus Winkler on Unsplash

Do you remember those late night TV commercials for products like the Magic Garden Widget? Maybe you’re too young to have seen them; I think they ran in the ‘80s and ‘90s. They would start in black and white, showing someone frustrated at some task. Perhaps it was a woman trying to remove weeds from her garden, wiping her brow. The next scene would be in color; the narrator would announce the Magic Garden Widget and we'd see the same woman, smiling as she easily removes the weeds.

I’ve searched for examples of this kind of commercial without success. I’ll award bonus points to anyone who sends me a link to one.

Years ago these commercials inspired me to imagine my own commercial for a product called Buffet Buddy. This would be a vest you’d wear to the all-you-can-eat buffet, lined with pockets so you could steal food. John Kerr and Glenn Bonnell helped with the idea; I think Glenn came up with the Soup Buddy add-on.

The name Buffet Buddy was inspired by Burger Buddy, the name of a serious product Bill Abrams conceived of in the ‘80s. You’d bring Burger Buddy in your car on road trips, and it would alert you to nearby restaurants. This need was met decades later by smartphones with GPS and Google or Apple Maps.

I finally got around to writing a script for the Buffet Buddy commercial. It’s licensed under a Creative Commons Attribution 4.0 International License. You may share it, modify it and use it to produce your own content, as long as you give me appropriate credit.