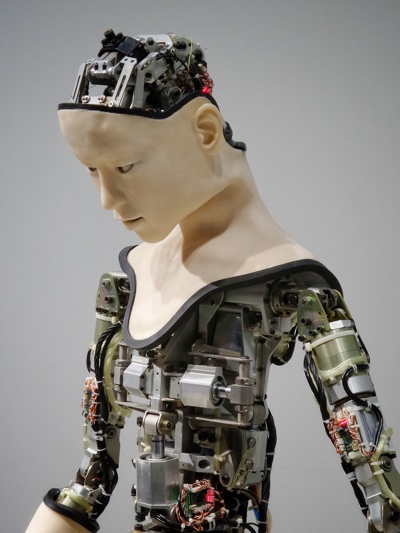 Photo by Possessed Photography on Unsplash

All too infrequently does a movie come along that explores the post-apocalyptic conundrum that mankind faces symbolically when choosing between technological and organic love. Even less frequent are movies about the literal conundrum that an actual man would face in the post apocalyptic world when choosing between loving a robotic woman or a human woman. This is the pot of cinematic gold that Cherry 2000 brings us.

Let's get the first question out of the way. Is this movie set in the year 2000 and in 1000 years do Joel and his bots watch bad movies and riff on them, onboard the Satellite of Love, floating up in the earth's orbit, controlled by the evil Dr Forrestor and his sidekicks? I refer of course to Mystery Science Theater 3000. Is this in the same universe as that show?

Well, since 3000 means nothing in terms of that show, and 2000 also pretty much means nothing in this movie either, let's agree to say YES. 2000 here is the model number of the robot woman that our hero loves. Or, more to the point, the movie makers wanted 2000 to be in the movie title to make it seem futuristic.

Seeing as it is now 2020, I feel they should have called this movie Cherry 3000, to keep it futuristic sounding. They blew it! Cherry 2000 to me sounds like someone found a Red Ford Mustang that was built back in the year 2000 and lost in some warehouse and some lucky car collector just found it now. Look, a Cherry 2000 Mustang! This is worth a mint! Never been driven!

So, onto the movie. I am going to steal the setup right from Wikipedia:

In the year 2017, the United States has fragmented into post-apocalyptic wastelands with a few civilized areas. An ongoing economic crisis has led to the recycling of aging 20th-century mechanical and technological equipment. Society has become both increasingly bureaucratic and hypersexualized, with actual human sexual encounters requiring contracts drawn up by lawyers prior to sexual activity. At the same time, robotic technology has produced female androids (more properly, Gynoids) as substitutes for wives.

I love that setup. It has such promise. You'd almost think it leads to a really insightful cerebral sci-fi classic. Um. Well anyway... the hero, Sam, shorts out his Cherry 2000 gynoid while having sex with it on the wet kitchen floor. Apparently he never read the damn manual on how to care for these things. Since it's post-apocalyptic times, it is a very costly mistake. He cannot get it fixed; they don't build these things anymore. What he can do is risk his life and go out of the civilized areas with a tracker (like a bounty hunter) into the lawless lands to find a spare gynoid body in an abandoned warehouse somewhere and grab it and transfer the data from his old one into it.

He does so and this is our story. He and the tracker he hires go out on the hunt and battle all kinds of crazy people as they travel in the lawless lands with great wreckage scattered all about. We have some great actors in this movie in weirdly small roles. Robert Zdar. Laurence Fishburne! Tim Thomserson! Brion James! And Melanie Griffith in a starring role, as well as David Andrews as our hero but I'll be honest, never heard of him. Apparently he was in Terminator 3.

Quick note on Laurence Fishburne. Obviously this was in his early years. Blink and you'll miss him. Don't blink too many times or you might doze off, some of the movie plods a bit. But not for me, I love post-apocalyptic movies.

A special shoutout to Melanie Griffith, her robotic monotone performance has to be seen to be believed. There is a scene where she is to show an emotion and she really shows how not to be able to show an emotion. I was impressed by this commitment on her part. Confused as hell too because she was not playing a gynoid! No, she was playing a human woman named Edith “E” Johnson, a professional tracker Sam hires for his hunt for the new gynoid body. But somehow all the people playing gynoids showed personality and… she did not! This really struck me as either ironic, or… was the director secretly trying to show us that real life women were bad and we should all embrace gynoids instead? No, I just think Melanie did a truly truly horrible job in this movie. In fact she does such a bad job that in every scene she is in where she has lines, for every line of dialogue that she dully reads out she completely steals the movie. Not a good steal, but a “wait, is she a robot? She's not! What is going on? I am so confused” kind of steal. I have seen her in other movies and she can act… maybe she's not the best in her business but for example check out Nobody's Fool or Working Girl or Something Wild. But here? It seems so bizarre that she acts just like an emotionless expressionless gynoid through the whole movie, in a movie about gynoids, and yet she plays a human.

I'd say miscasting but no, in all her other movies she shows she can play humans. So, something seemed to be up. Which leads me to my “epiphany”. I became convinced that at the end there would be a twist, a shocking reveal. They would find the gynoid body and transfer the data into it, Then Melanie Griffith's character would confess that she had been lying and actually was a gynoid and Sam falls for her instead! I mean they called her “E”! “E” obviously actually stands for ELECTRONIC! The clue was right there!

Well I was mostly right. As expected, They find the gynoid body and transfer the data into it and of course Sam falls for “E” at the end of the movie but she is — impossibly — a human woman. Who speaks exclusively in monotone, who has no facial expressions aside from the “I might be asleep with my eyes open” standard, and they call her “E” apparently because for her business she didn't want anyone to know she was female until they met her.

Roll credits, and please excuse all the obscenities I hurled into the air.

I'm still convinced that a case can be made that she is secretly a gynoid. In real life! No, only kidding. As I said she is good in other movies. Anyhow, I am going to keep watching this movie over and over again until I crack the code on this and discover the true meaning of this movie.I will prove that "E" is a gynoid!

Until then I suggest you watch it yourself, and I leave you with my favorite quote from the movie:

“Well you can just go shit in your hat!”