For the holidays I gave myself two gifts. I sat down and watched two movies that really tested my mettle as a movie watcher. Some athletes run marathons or participate in the Iron Man triathlon. I figured three movies for me to duplicate this experience. What does not kill you makes you stronger. However, I had to stop at two in order to survive the experience. So this is a duathlon debacle.

Lube up, do your stretches, throw down a few shots of Jack Daniels, kiss your Bible goodbye and let's get Sparked!

I want you to know that you are, well you are probably alone. I don't know anyone like this, and if I did, I would recommend therapy to that person and consider an intervention! But, I'm not here to judge you, just the first of the two movies that I dug up called Death Kiss. 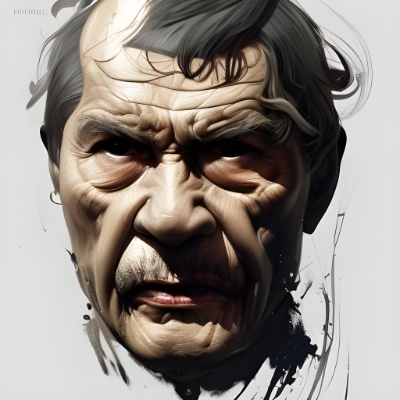 The plot of this movie is almost non-existent as if they looked at the plot of Death Wish and said "that is waaaaay too complicated for us, let's just use the parts where he shoots guns at bad guys." A guy who looks remarkably like Charles Bronson when briefly seen out of the corner of your eye is killing random bad guys because, well, I forget, but the important part is that he takes their money and gives it to a woman with a kid so that he can not feel bad about killing the random bad guys. The best part is, it's not only the audience that is confused by this and wonders about why he does this. The woman who he is giving the money to is also confused. At one point, she offers her body to him, thinking that maybe he wants to sleep with her in exchange for this. Nope. He just kills random bad guys and gives her the money. This happens from the opening of the movie up to the end of the movie.

I think the tagline of the movie says it all. The tagline is: "Justice has a familiar face." I think a better tagline would be "Hey! Robert Bronzi kind of looks like Charles Bronson! We have footage to cash in on this!"

I couldn't look away from this movie. I have never seen a movie before where the entire strength of the movie was, "hey, this puffy guy looks like a famous guy, let's roll cameras and then name our movie something close to the movie that the famous guy was in and see what happens!" I mean, literally nothing else is going on in this movie other than "OK, now stand here and look like Charles Bronson. ACTION! OK, hold this gun. ACTION! OK, more of this until we run out of daylight and WRAP!"

I tip my hat to the shysters that managed to get away with this movie. They had to find a celebrity lookalike. Get other people. Equipment. Funding. 25 dollars to buy the script of Death Wish on eBay. 3 hours to pore over it and tear out all the script pages that had complicated stuff in them. Cobble together the results. Shoot it. Get it edited and released! And they did it! For that to happen with this movie… this shows true talent on the part of… someone. Some shadowy producer or executive.

I almost forgot to mention, this movie also stars Daniel Baldwin who eagerly gnaws on the greasy scenery in a role as a right-wing radio talk show host named “Dan Forthright." The fact that I have no comments about that shows you how powerful the stench of the rest of the movie actually is. Daniel Baldwin snuck in under my radar, emerging unscathed at the end! That's kind of remarkable.

I love the fact that the lead character is billed as "the stranger," because in real life a lead actor was picked who looked like someone who is totally not a stranger! We all know who Charles Bronson is!

OK, that was a trip. Can't get any more surreal right? Wrong!

OK, so the previous movie was a trick movie with a wooden lookalike actor who fished us in since we remember Charles Bronson. Well. What if we upped the ante? What if the scenario was different and we had a movie with an actual big-time multiple award-nominated actor who fishes us in, yet, the entire movie is absolute shite?

Well, that brings us to Disturbing the Peace. This movie stars Guy Pierce, who has been in many many great movies and has a remarkable amount of talent. I mean, he has depth, he has style, he really brings it when he's in a movie. So, what we see in Disturbing the Peace is disturbing! This movie has disturbed my peace. My peace of mind!

This movie is Guy Pierce surrounded by what I suspect were people that were gathered up in a van as they exited strip clubs at 3 am, sort of a “stripper and patrons kidnapping exercise” on some dark, sleazy Hollywood boulevard. Not bad people, but I would also say, not actors either. 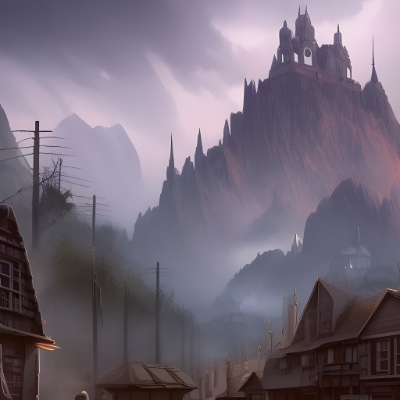 Guy plays “Jim," a US Marshall of a town called, and I kid you not, Horse Cave. His backstory, as told in a cliche flashback is, in the past he accidentally shot his partner, so now he doesn't use a gun. He keeps the peace with a nightstick or whatever. It's the standard "hero with a dark past" trope, and it might work well, except the whole not using a gun thing is absurd. This may have worked for The Man Who Shot Liberty Valance but it doesn't really work here. Luckily this is a plot point that is completely ditched once the movie gets tired with it. So, it's a small town with a sheriffy guy with a dark past who has neutered himself. The usual premise of these types of movies. Then, of course, bad guys come to town as they always do. As I said, as soon as needed, Jim grabs his gun and starts killing the bad guys, who are there to rob the town's bank. He sets traps with his clueless deputy and gunfire ensues. Stuff happens, he also sets some traps… and at the end, all the bad guys are dead, and Guy Pierce is now mayor of Horse Cave.

What's remarkable is the juxtaposition of Guy Pierce and everyone else in the cast. It is literally like a bunch of guys in town said, "hey let's try to make a movie with our friends,” and Guy Pierce was maybe in town, maybe accidentally killed someone (I don't know Guy Pierce but who knows? He looks like a badass), and the judge said, "electric chair or you star in this movie that our locals cooked up!"

Every scene is Guy Pierce interacting with complete amateurs. To the point where it's hard to pay attention to the movie. I just kept thinking, "wow, why is Guy Pierce in this movie?" I mean, it's like if you had a pickup football game going and an NFL quarterback showed up and wanted in on it. And you all try to play, but it's hard to do anything but marvel at how the NFL guy is just running the whole show effortlessly and making you all look like fools!

OK, so I googled. Horse Cave is an actual town! Which makes sense, as they wouldn't have spent money on a fake town sign.

This movie is fascinating. When Guy Pierce is strutting around, I found myself thinking, "what is he thinking?" Not the character in the movie he is portraying but, what is actor Guy Pierce thinking? Did he get divorced in the middle of having massive gambling debt and needed a quick windfall of cash, under the table, in non-sequential bills, to pay his bookie so his gambling problem stays out of court? Is his sister's husband an amateur movie maker, and he got conned into doing him a solid? Are there pictures in existence of Guy Pierce in some position so compromising that he was willing to star in this movie to make those pictures go away?

I tip my hat to the shysters that managed to get away with Disturbing the Peace..They threw random people into a van at gunpoint. They borrowed equipment and the time and talents of competent public access channel guys. They maxed out one or two credit cards and pitched in a few hundred dollars of funding gleaned from returning empties maybe. And they talked Guy Pierce into being in this! This shows true talent on the part of… someone. Some shadowy producer or executive. And/or some really potent blackmail material.

The trailer is fun too, it doesn't even bother to care. The text says "ONE COP" as in, it's only one cop to stand up against all the bad guys, and then the very next moment it is Jim with ANOTHER COP making a plan saying, "It's just you and me." Maybe five seconds of thinking could have had the text say "JUST TWO COPS," or, maybe not had the clip of "it's just you and me" right after the text of "ONE COP?" I hate nitpicking, but this did make me laugh out loud.

The best quote from the movie is from the bad guy who says, "I don't use my given Christian name, my friends call me Diablo. And my enemies call me Diablo too!" So, he could have just said, "I go by Diablo," but ahhh… thanks for over-explaining it?

This movie, like Death Kiss, really needs to be seen to be believed, and luckily both can be streamed for free. I found them on a streaming service called Tubi. If you like experiencing the true cinematic mysteries of Hollywood, then check these out.

I'm hopeful that there are four more Death Kiss movies to match the Death Wish series, and I guess lots more guns and shooting and trench coat poses. Robert Bronzi truly vaguely resembles a national treasure. And, I sincerely hope that Jim from Disturbing the Peace gets into more situations, each one causing him to be promoted, so he can become a Representative, a Senator, and perhaps ultimately President of the United States. Our great nation needs a President who hails from Horse Cave, Kentucky!

I'll leave you with this. What if the same shadowy people made both of these movies in some insidious plot to, well, to do something. To destroy American Values!

Just to be safe, once you watch these two movies, make sure to watch Top Gun and A Few Good Men within a week, to refortify your patriotism and remain safe from communist mind control.

Until next time, true sufferer,