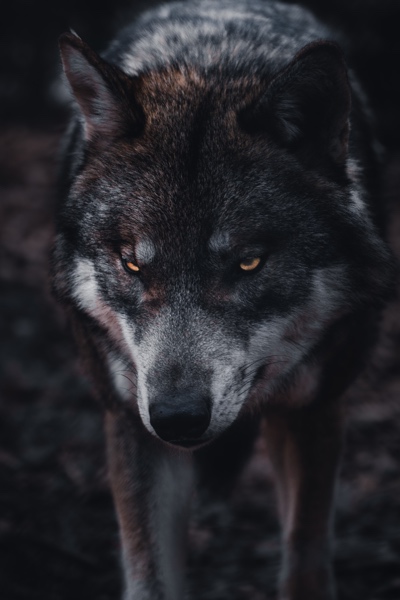 Photo by Chris Ensminger on Unsplash

It's only so often that an expressionless, emotionless man who has become a major Hollywood star is able to formulaically crank out a cookie cutter movie that can leave you as delighted as Lone Wolf McQuade left me. The fact that the rich, tooth decaying icing on the cake of this action movie is none other than Chuck Norris, why it just makes that cavity in your sweet tooth all the more worth it. He's an icing that is not only on the top of the cake but in the middle too. And next to him on either side in the middle is some delicious ice cream.

I mean can you imagine being a Hollywood executive and being handed this Chuck Norris film project?

J.J. McQuade (Norris) is a former Marine and Texas Ranger who prefers to work alone and carries a large .44 Magnum revolver for a duty sidearm. He lives in an old, run-down house in the middle of nowhere with a pet wolf.

Hold the phone, I don't need to hear anything more. I'll assume there is a story that starts with this premise but hell, even if the entire story is "And he drinks beer and shoots at trees," I'm still in 100%.

I fired up this gem with high expectations and boy did his nondelivery of any screen presence deliver the goods! I've heard more convincing line readings from Nigerian phone calls that claim to be from Toronto, Canada!

The story is, Chuck Norris acts kinda hermity which gets him a gal and guess who the bad guy is? David Freaking Carradine! Yes, check IMDB, “Freaking" is his actual middle name.

To see these two legends strive to underwhelm the underwhelmisity with their lack of presence, why it really took me right into the action! I felt like I was there, or rather, that they were not anywhere. Some great fight scenes and some great dialogue that would have had an impact had anyone done more than sleepily mumble it.

All in all though, my favorite part of this movie is how it spoke to me about men and women, and relationships. They really got deep. Chuck Wolf McNorris lives alone, and of course, attracts a woman by being completely uninterested in anything. She then goes to his house and cleans it, and throws out all his beer. When he gets there they argue and he goes and grabs a beer out of the trash can and cracks it open. She leaves in a huff. He follows her in a non-huff and admits that, well, he's Chuck Norris and even though he will drink beer out of trash cans if he wants to, he can concede that she might find his messy place messy. Hearing him say words, and I think at one point appear to be considering embarking on a journey that ends with him possibly expressing an emotion, is enough to win her over for good.

I think then he has his epic battle with Carradine, and saves the day? The town? Earth? Look, does it really matter? Chuck Norris is in the movie, he does a lot of Chuck Norris walking and mumbling and non-expressing, and he gets to tumble around on the ground with David Carradine, back before that had perverse implications. What I love about these movies is, you can basically let 1,000 henchman run at Chuck Norris with every weapon known to man and he will effortlessly clobber them all. In fact there is another movie on my list of classics called Invasion USA which I think had the original title of Chuck Norris Versus all Terrorists.

How much do I recommend Lone Wolf McQuade? Enough to admit that it makes me want to drink cans of beer that I pull out of my trash can. Because that meddling woman can't change ME!

Bonus points, by the way, if you remember more of the plot than I did by the time the credits roll! I know there's a plot in there somewhere but, I mean, well, I can't recall what it was and looking on Wikipedia would just ruin the surprise for when I watch this again!