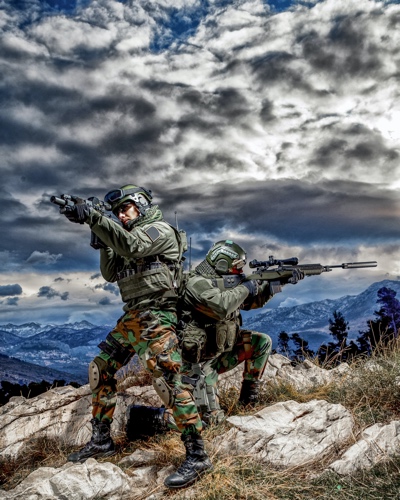 Photo by Damir Spanic on Unsplash

I set out to review another feature, the aptly named Alien Private Eye, but in my quest to obtain a quality version of that film, I stumbled across a movie that I purport is made for the troubled times we find ourselves in. I refer, of course, to Navy Seals vs. Zombies from the Hollywood Media Bridge division of Anchor Bay. Crafted in conjunction with Voltage Pictures, this movie is charged up with just the kind of thing you'd expect from the title: Navy Seals, and of course zombies. From the very first establishing shot right to the ending belly kiss (details below), we're talking mankind against the undead.

But there is so much more. Every so often a movie comes along where if you dig deep enough and uncover enough, you can claim to glean symbolism and inner meaning. No matter how far you have to stretch credibility to do so. And this movie is our Stretch Armstrong.

As this epic picture opens in Baton Rouge, Louisiana, we see a police officer getting out of a police car and approaching a van with plates “victor two seven x ray three three two” on 11/16/2016 at 11:17pm. Details like that place our feet firmly on the terra of real life planet Earth. Which is important because what comes next is a zombie attack. We need to know this is real! Throughout the movie you will randomly see very precise facts show up on the screen that have no relevance, for this very purpose.

Once we establish this reality we cut to a brilliant opening montage of guys in cameo pants riding around in helicopters. The movie used people who may never have acted before nor since, wisely assuming that the last thing we need in this story is to be distracted by strong character performances. We are then introduced to our hero who is just being untied from being strung up against a wall for a disciplinary action of some sort. I'll admit I dozed off briefly during this part but all we need to know is, we have a hero who we briefly pretend is a rebel and we have another guy who had a great beard who says wise things to him.

We are then given a peek at our hero's civilian life; he goes home to his pregnant wife who has the classic line “I don't speak polar bear.”

Then it's off to Baton Rouge again to a government building for a press conference. One thing this movie makes clear in establishing shots here is that U.S. Secret Service agents strike epic macho poses wherever they are stationed, at all times. So in real life, if you see a dude who looks like he thinks he is an action hero posing for a movie poster, he might just be a U.S. Secret Service agent. It's apparently part of their training, to learn how to do that.

Inside the building the U.S. Vice President taking questions from the press but deliberately ignoring a plucky female reporter.

He exits the building after his press conference and someone remembers to resume the plot. The resultant zombie attack on his posse regained my attention. They rush the VP back inside. Along with the plucky reporter gal and her cameraman.

This is when our hero is contacted at home and called into action by the government. His wife is not happy and his mission is not easy: his squad, consisting of him and some guys with great beards, must rescue the Vice President! 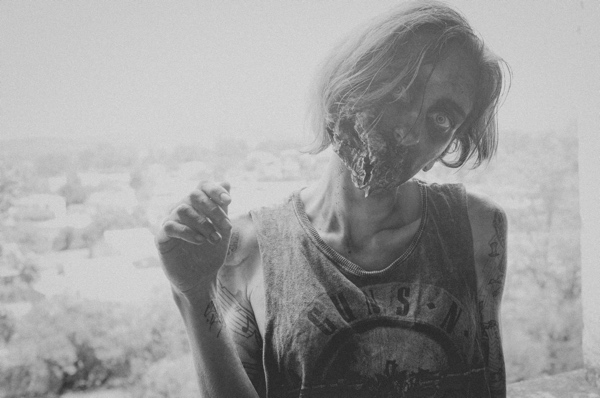 Photo by Yohann LIBOT on Unsplash

Back at mission control a female scientist has ideas that the male military guy ignores. She looks concerned so I became concerned up until I forgot about her, which is what the movie does right up until the end.

I could go more into the plot but I think it's much more interesting to look for symbolism. Spoiler alert: zombies continue to attack and the good guys win at the end. Plus, full disclosure: I did nod off several times, so I am fuzzy on details that the movie probably did not provide anyway. What we need to know is that zombie bites make you become a zombie so of course the hero gets bitten near the end but it turns out he and his squad were immune anyway, so he ends up at home kissing his pregnant wife's belly and the credits roll. I had to watch that bit twice as it happens so fast I thought I missed something.

That's all fine and dandy but what I feel is more important here are the parallels between this movie and our current world situation. I call upon the powers of Stretch Armstrong… here we go.

The zombie outbreak obviously represents COVID; this movie saw it coming. It hints that this was caused by humans for a devious reason and then it either forgets to explain or I forgot to stay conscious to hear the explanation. This parallels U.S. President Donald Trump's brief allegations that China invented Covid to take us down.

The baby in the woman's belly represents our future and the beards on the faces of the Navy Seals represent the barrier social distancing has caused us to place between our thoughts and common sense. The hero represents America itself.

When one guy might die and the other guy says “You're gonna be OK… but if not can I have your Harley?” this is symbolizing how America is starting to lose hope.

All in all, this is my hands-down favorite entry in the “Navy Seals vs. Zombies” movie category. Name me a better movie covering how U.S. Navy Seals would handle a zombie infestation scenario involving the Vice President being trapped in a building amidst it all. Put it in the comments section and we'll talk. I particularly liked how much attention they paid to the Seals stealth parachuting down to the ground early on in the movie. I mean — otherwise how would we know how they started off in the plane in the one shot and then ended up on the ground? 3 to 4 minutes of tedious footage well spent, in my opinion.

So, if you are trapped at home during this pandemic, and you have this and nothing else to watch and if you don't watch something you might die, I totally recommend cracking open about 12 beers and white knuckling it through Navy Seals vs. Zombies. Obviously if you can slip into unconsciousness at any point during this film, do so.