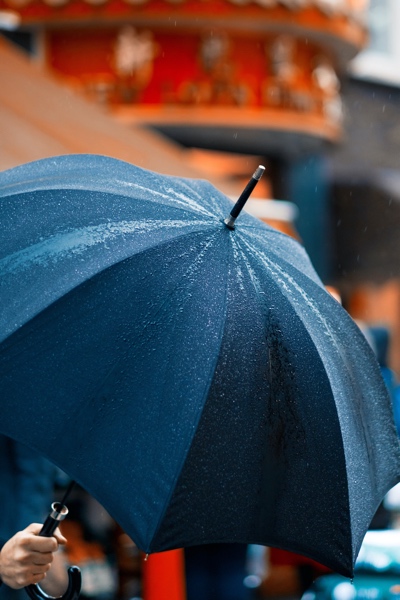 Photo by Craig Whitehead on Unsplash

After I lost my third umbrella in one month, it occurred to me that with today’s technology this shouldn’t happen. So I assembled my team and we began working on the problem. This is how the smart umbrella was born.

Initially we attached a Bluetooth transmitter to the umbrella and developed an app to alert the user if they walked away from it. However, this simple solution, although effective, wouldn’t justify the research and engineering costs. We had to include extra value and raise the price to make a profit.

We added a GPS and hardware to measure humidity, rainfall and other environmental factors. We incorporated near-field communication technology so smart umbrellas could share data. We created a cloud-based repository of environmental conditions.

We planned to market the smart umbrella to geeks who enjoy looking at statistics on their phones. At first, this worked. Then the failures occurred, followed by the lawsuits.

The first problem involved electricity and water, which I was told, shouldn’t mix. Several people were shocked when they touched the umbrella's metal pole during a rainstorm. Another problem occurred when two smart umbrellas came in contact. The interaction of the fields caused an electrical discharge, setting both umbrellas on fire.

In the end the project was canceled and my team disbanded. I still think it was a good idea.